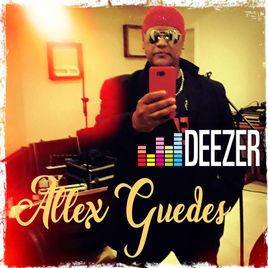 Singer, Composer, Musician and Producer Allex Guedes, after being discovered by Michael Sullivan and walking for a while, with the status of artist hired by some large companies, have songs playing on soundtracks of global novels, be produced by such as Miguel Plopschi (SONY MUSIC BRASIL) and Michael Sullivan, arrangements signed by Lincoln Olivetti. He preferred to take the reins of his career in his hands.

Allex Guedes presents creativity in the arrangements, both in Black Music (Rhythym & Blues Ballads) and in the mergers with World Music / MPB. Demonstrating great taste, all at the service of a career marked by resilience and determination, seeking to be consistent with its truths and the historical references of its people.
Available on streaming platforms :
Spotify / Deezer / Apple Music / Claro Musica / Tidal / Amazon and more