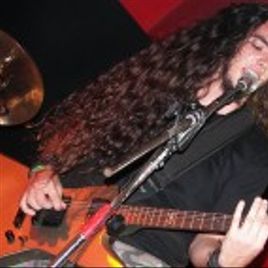 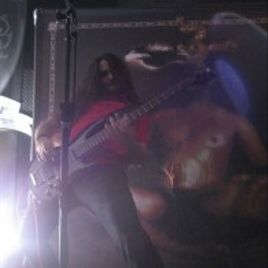 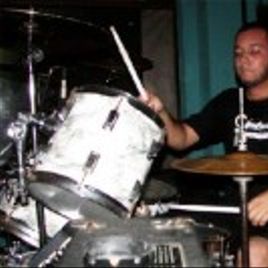 Just when you think you know what Kamala is all about, suddenly, you don’t anymore. That’s one of the secrets to this aggressive, dynamic, ever-evolving group of talented musicians. Kamala plays things in extreme fashion, that’s all part of being a thrash metal band. They’ve been compared to Gojira, Sepultura, Machine Head, and In Flames. But unlike their peers, predecessors, and contemporaries, Kamala is relentlessly pushing the boundaries of their genre while staying true to the sound that has been attracting fans and other musicians to them for years.

How much can the past actually mean to a group that is always pressing forward? The road behind is still a part of the journey ahead; a journey that was conceived in 2003, but started decades before that. The members of Kamala, Raphael Olmos, Diego Valente, Nicolas Andrade, and Andreas Dehn, share more than a few similarities. The major point they have in common is their deeply ingrained love for music, and the power it has over there’s and other’s lives. Each of them had their own moment of awakening, when the music in their lives went from being something they enjoyed, to something that was an essential part of their being.

That musical bug bit fairly early on in their lives; each member of the band had picked up and began playing their respective instrument by the time they were thirteen years old: Olmos and Dehn began playing guitar, Andrade picked up the drumsticks, and Valente learned bass. It would be a journey of many miles and many years until they would all come together. With the exception of Dehn, who is from Mainz, Germany, the group was born in Campinas, in the Sao Paulo state of Brazil, where the band is now based out of as well. And even though Kamala now sounds like a unified presence, driven by the same goals and purpose, it wasn’t always that way. Just as the sound and style of their thrash metal has developed over the years, so has the group’s personnel, with line-up changes and comings and goings taking place since 2003. But now, Kamala is at the top of their game and their music continues to evolve because of that unity.

At its core, the music of Kamala is thrash metal in every sense of the term; the guitars of Olmos and Dehn roar their way through their riffs and rhythms, Valente lays down a thunderous bass with a loud and heavy groove, and Andrade slams his way across the drum kit at breakneck speed. Then there are the vocals of Olmos, with their guttural, primal force behind them, carrying the message of their music through the sonic assault. The distinction within Kamala and their music is in how they built off of that foundation. Just as how the name of the band comes from a culture outside of Brazil, Kamala incorporates different ethnical elements into their music. For example, the band is no stranger to the sitar and the distinct cultural sounds that instrument brings along with it, and they’ve also utilized samples of Mongolian throat singing; a unique vocal sound and style that many thrash metal and general music listeners alike are unfamiliar with.

Through the use of the distinctive samples, Kamala tries to create diverse ethnic atmospheres. Along with the Western Asian theme, the band likes to use some of their own style and bring in Latin rhythms and grooves to add an extra dimension to their already deep sound. All of these elements have led to Kamala sometimes being described as progressive metal or groove metal, with the most important part about that being the metal itself. To the band, metal is extreme, with no exceptions. Kamala is always playing to and stressing the extreme nature of their music and the emotions within it. The power, the groove, the melody, it’s all there within the band, the songs, and the listeners, but Kamala strives to unlock it all and bring it to a new realm of extremes, creating an unforgettable experience for themselves and their fans.

A large part of this key is formed around their live performances. There are certain qualities of a band that can’t be captured on an album, and the raw intensity of Kamala’s stage presence is one of them. Their talent has brought them devoted fans and praise from other musicians, including drummer Eloy Casagrande from Sepultura and guitarist Rafael Bitterncourt from the metal band Angra. They’ve also had the honor of being able to share the stage with Sepultura as well as former Iron Maiden vocalists Paul Di’Anno and Blazy Bayley, rock vocalist Glenn Hughes, and fellow thrash metal bands, Almah and Torture Squad.

Even if there’s certain qualities of Kamala that can’t be captured on record, that doesn’t make their albums lacking at all. With two releases under their collective belt already, Kamala’s released their third album, and first with their current line-up, The Seven Deadly Chakras. By continuing to develop their ethnically diverse sound, this new album proves to be the most exciting yet, as evidenced by the track, “Solar Plexus” and its upcoming music video. Part of the making of the album was filmed for their YouTube channel, where a great deal of other Kamala material can be enjoyed and experienced.

Kamala: as enigmatic as the name might sound, there’s no mystery as to why this four piece thrash metal band is so engaging. Together they write and perform music that pushes everything to the limit, from the genre itself to the listeners in their audience. The power of metal is clear to them and not only do they harness that power, but enhance it with their own grooves and diverse ethnic elements. Kamala is at once, familiar and exotic, powerful and melodic; and they’ll only continue to explore those paradigms into their future.